What Does LGBTQIA+ Stand for? A Guide to the Letters of the Acronym 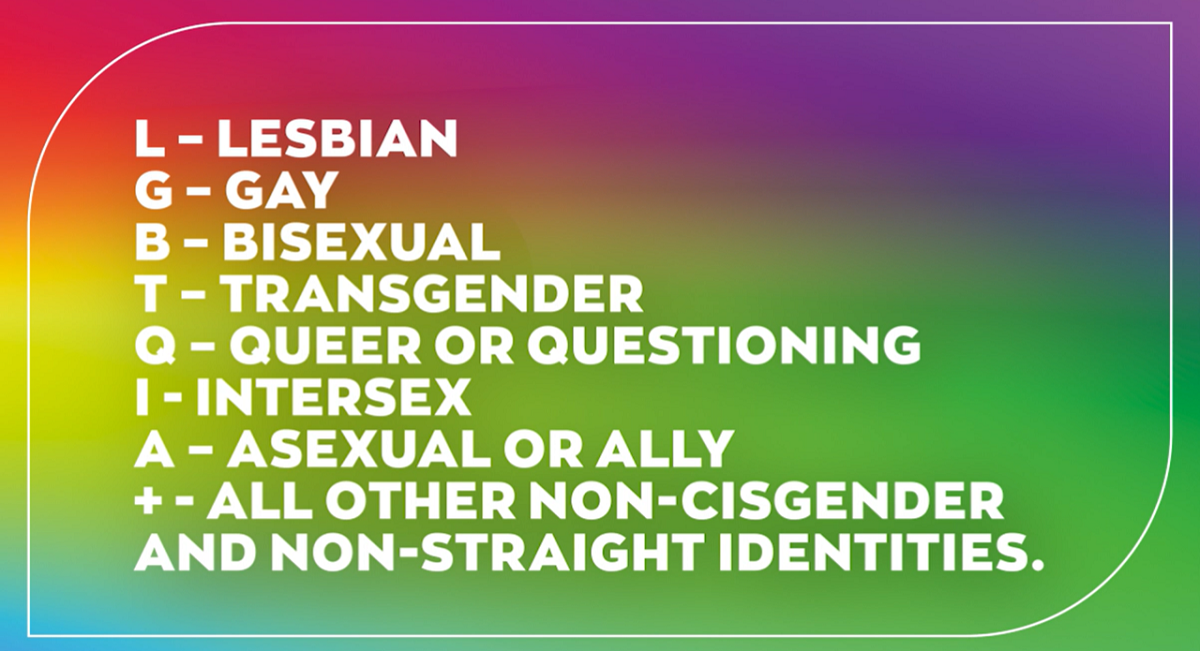 Sipelelo Lityi, the Head of Avon's Pride ARG shares his thoughts on the LGBTQIA+ acronym

Sexual orientation* is a person’s physical, emotional, and romantic attraction to another person — for instance, being, gay, bisexual or straight.

Gender identity* describes a person's internal sense of being male, female, some combination of male and female, or neither male nor female.

It is important to remember that gender identity is not determined by one’s sex assigned at birth and sex and gender are not the same thing.

“L” stands for lesbian*: a woman who is sexually, emotionally or romantically attracted to other women.

“G” stands for gay*: a person who is physically, emotionally or romantically attracted to people within the same gender.

“B” stands for bisexual*: a person who is sexually, emotionally or romantically attracted to people of one's own gender identity and of other gender identities.

“T” stands for transgender*: a person whose gender identity differs from the sex the person had or was identified as having at birth.

“Q” stands for queer*: A person whose sexual, emotional or romantic attraction is not limited to people of a particular gender identity or sexual orientation. It is also used as an umbrella term that includes people who have non-binary or gender-fluid identities.

“Q” can also stand for questioning*: Questioning is a term used to describe a person who is exploring their sexual orientation or gender identity.

“I” stands for intersex*: Intersex is a term a person may use when they have both male and female sex characteristics. These characteristics include (but are not limited to) genitalia, hormones, chromosomes, and reproductive organs.

“A” stands for asexual*: a term used to describe a person who lacks sexual attraction or desire for other people.

“A” can also stand for Ally*: An ally is someone who stands up for, supports and encourages the people around them and has worked to develop an understanding of LGBTQIA issues.

“+”: The “+” sign is a symbol that represents members of the community who identify with a sexual orientation or gender identity that isn’t included within the LGBTQIA acronym.

As we celebrate Pride, let us continue to strive to understand each other’s experiences, and to educate ourselves where we might have gaps in our understanding.

Looking forward to an amazing Pride-month!

Our Associates from across the world share their stories with us as we celebrate Pride Month. Why not share your own story with us?
pride-month-lgbtqia-guide