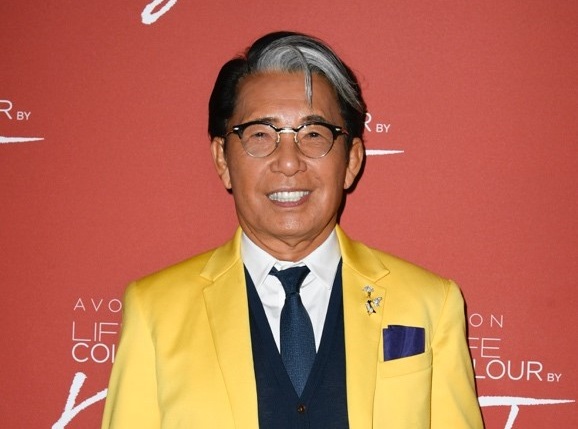 The launch reached more than 60 million people worldwide through multiple activations over the week, including an exclusive star-studded launch party at the capital’s Le Mini Palais.

For the first time, the world’s most coveted fashion week saw a hive of Avon activations taking place across the City of Lights in celebration of the company’s latest perfume launch: Avon Life Colour. Over the course of one week, the brand promoted a series of activities in Paris that were broadcast live on social media in more than 20 countries around the globe, reaching more than 60 million people. Avon’s ‘take over’ of Paris was a statement of Kenzo Takada`s joie de vivre that inspired the creation of this new fragrance, bringing colour and joy to the intense fashion week schedule of influencers attending the most talked about of all the “Big Four” fashion weeks – New York, Milan, London and Paris.

The star-studded #SetYourColoursFree Launch Party, held at the iconic Le Mini Palais, was the highpoint of Avon’s Parisian takeover. More than 500 guests were hosted by Kenzo Takada in a night of music, colours and joy. Among them, style icon and model Inès De La Fressange, Brazilian actress Bruna Marquezine - Brazil’s most-followed celebrity on Instagram, Russian TV presenter Maria Ivakova and Polish celebrity Malgorzata Rozenek-Majdan. Other renowned names from the entertainment and fashion industry joined in the fun including designers Chantal Thomass and Alexandre Zouari, French actresses Anouchka Delon and Juliette Besson and contemporary artist Ali Mahdavi. Guests were also treated to a surprise: the reveal of a spectacular dress, exclusively designed by Kenzo Takada in celebration of colour.

On the day before the party, a surprising flash mob took the streets of Paris, with dozens of dancers wearing colorful uniforms showcasing the campaign hashtag of #SetYourColoursFree to convey  concept of joy and raise awareness of the launch. The cheerful choreography was performed in front of the main entrances of the biggest fashion shows, as well as at some of the most renowned spots of the French capital, such as the Trocadero, Eifel Tower and along the banks of the River Seine, sparking curiosity and smiles from fashion week attendees, local Parisians and tourists.

Over the course of the week, Avon also hosted a squad of more than 20 international beauty and fashion digital influencers, who took part in a series of exclusive activities. These included a private reception at Kenzo Takada`s home on the Rive Gauche, a tour of his favorite and most inspirational places in the city and a visit to the labs of Firmenich, one of the world`s largest fragrance houses, responsible for the development of Avon Life Colour.

To bring present the fragrance to even more influencers and consumers, tapped into the Youtube phenomenon of ‘unboxing’, which sees high-tech consumer products being unwrapped on video and shared digitally. Avon surprised major digital influencers and celebrities with gift boxes that were delivered directly to their hotel rooms containing the two Avon Life Colour fragrances and a bespoke hand-made silk scarf designed by Kenzo Takada to celebrate the launch of Avon Life Colour. The scarves are part of a limited collection of only 650 available worldwide. The scarf`s unique flower print encapsulates his own interpretation of joy depicting magnolia, a powerfully-scented flower that evokes fond memories of the designer’s early days in Japan and which reigns as the hero note in both Avon Life Colour for her and for him.

“Avon Life Colour represents the biggest launch of the year for Avon’s fragrance division, following the success of Avon Life in 2016, which recorded the highest-ever sales for a fragrance at launch. The takeover of Fashion Week in Paris was a landmark moment, signaling our mission to be closer to consumers and to democratize luxury, which is at the core of what Kenzo Takada has always believed throughout his career. We are very proud to have joined one of the biggest fashion and beauty conversations of the year and to have reached millions of people from all over the world with our newest fragrance. The overwhelming success of this activation showed us that luxury can be for everyone,” said Danielle Bibas, Avon’s Global Creative & Content Officer.